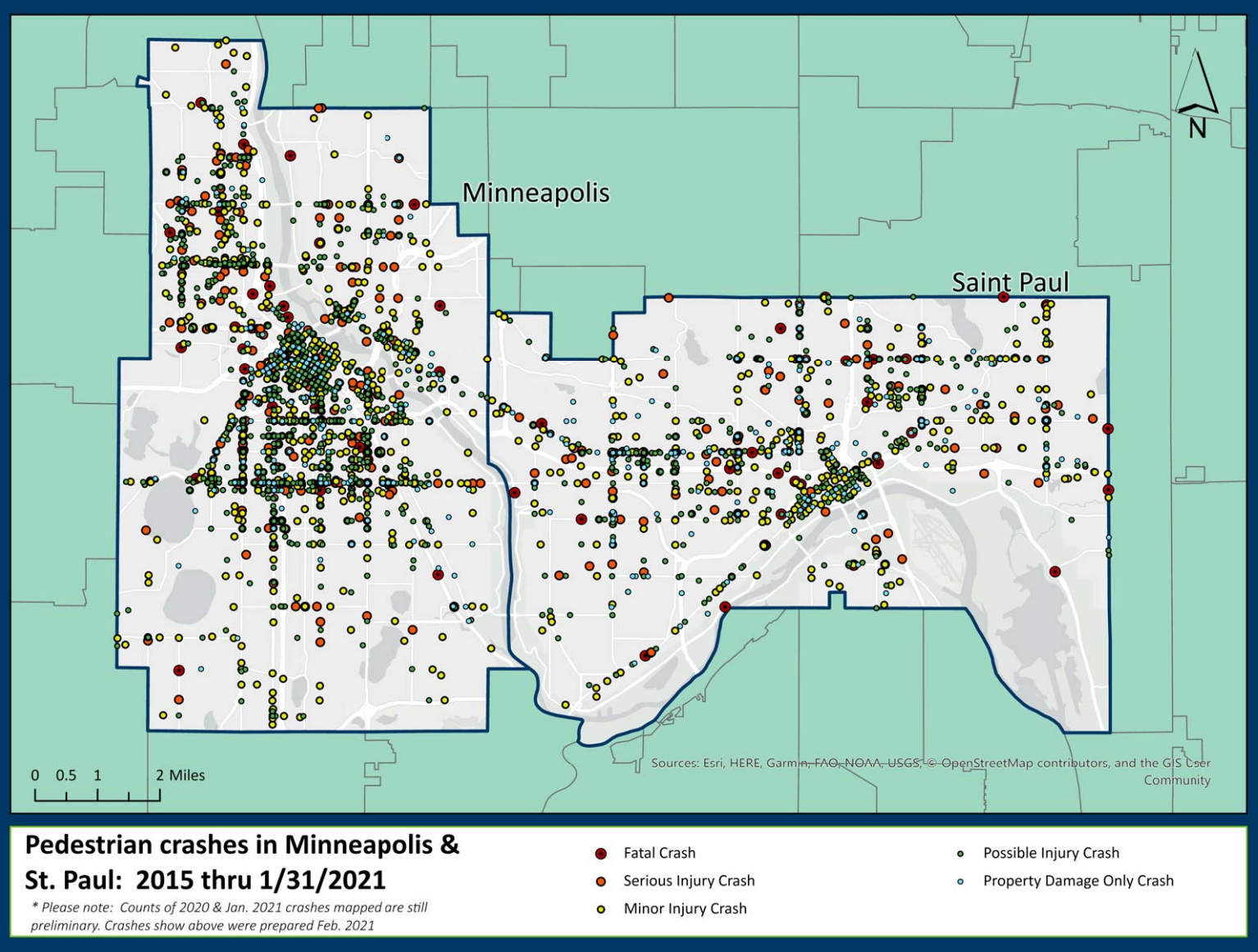 Since 2016 there have been a total of 2,598 reported crashes involving pedestrians in the Twin Cities alone. That comes out to nearly one and a half crashes per day. Crashes have been scattered across the twin cities with a higher density of crashes located in downtown areas, with 1,776 crashes occurring in Minneapolis and 866 occurring in Saint Paul. These crashes involve all types of pedestrians and can happen at any time of the day under a wide range of conditions; however, it's important to know under what circumstances most of these crashes have occurred to raise awareness.

The next major concern, would be understanding under what conditions a majority of crashes occur and weather conditions for the pedestrian crashes, it is interesting that a majority of crashes occur under what many would consider ideal conditions (dry weather during daylight). Most crashes occur during these conditions is most likely not related to driving conditions or safety in general, but the amount of traffic present. A majority of driving and pedestrian traffic occurs during the day and especially when the weather is try, thus pedestrian crashes naturally occur more often when there is more traffic present. What is the most important to take from this, is that pedestrians crashes can occur to anyone at any time of the day under any weather condition. It is important to always remain vigilant and as safe as possible at all time, not only for yourself but for others around you as well.